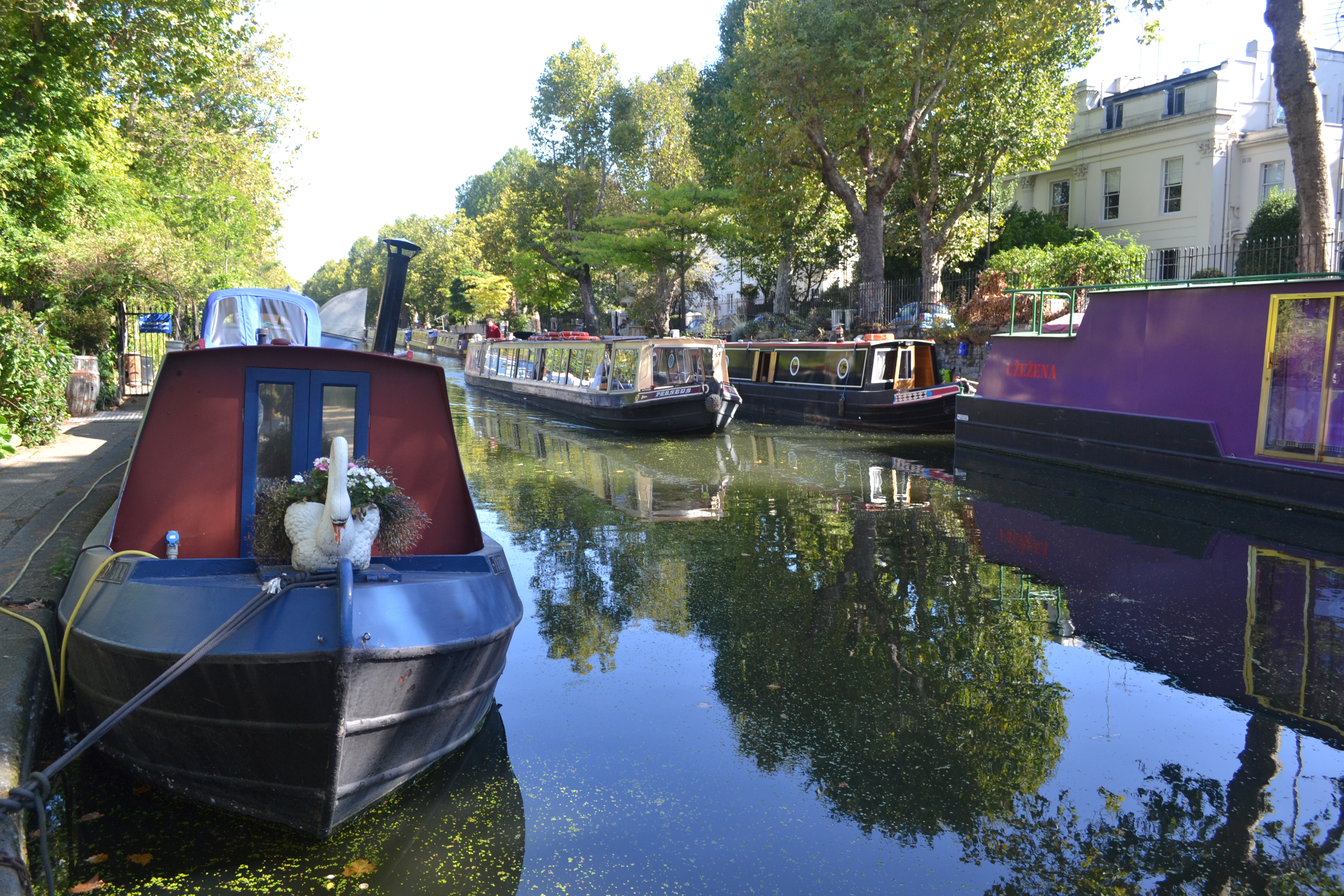 We started the day by going for a little walk. Both Victoria and I had put on black nail polish before we left and it was starting to look a little ragged around the edges. We went back to Hammersmith Station and into the shops there. There was a drug store where we managed to pick up nail polish remover pads which were surprisingly effective, a tiny hair brush, shampoo and conditioner.

The Saba hotel seems to have given us very tiny amounts of hotel shampoo and we needed something better than that, and more of it to last a week. This way we can use the same stuff all throughout our trip. The square was bustling in the middle of the day as you would expect.

The morning was crisp but comfortable enough for me. Victoria was a little cold. We returned to our hotel for a short stay and then headed out, this time with a light sweater for Victoria.

We decided to walk up toward a new park we had not seen yet. Victoria was a bit disappointed as this wasn’t the dense trees and beauty kind of park. More of a large-ish parkette with open grass and walkways to other corners. The whole thing was on a wedge shaped piece of land. In London, none of the streets are in a grid layout.

We made our way to Ladbroke Grove Station and took the train northeast toward the birthplace of Alan Turing! It is a hotel now and they keep a plaque on the wall to commemorate it.

The next stop was little Venice, a canal with long, elaborate house boats. The water was beautiful and so were the buildings surrounding it. We stopped in a house boat cafe and had a tasty soda and some light snacks before heading down the canal.

Some of the houseboats were rickety, and some were well cared for. One had a Pizza John flag hung in the window, to let you know a John Green fan was there.

A short while after this a tiny dog shot past us like a rocket. Apparently her owner had continued to walk while she investigated something more interesting, and decided she had to book it to catch up. It was quite surprising and we both laughed.

The canal had a very peaceful vibe. So peaceful that Victoria and I didn’t notice that her directions had been faulty. We went the opposite way down the canal to what we had intended.

We stopped into a Pret a Manger, which was my first time and it seemed similar to the kind of market where you select your own food, pay, and then find a place to sit you find in Toronto. The food was good, though. Afterward we stopped at the coffee kiosk at the closest tube station and headed back home.

On the way back, a nice man stopped in the middle of his phone call to warn us against going down a dead end and that seemed quite nice. We saw some fun and quirky things along the way, or maybe it is we who are quirky.

At the hotel we recharged our batteries, both figuratively and literally, then headed out again. This time it was evening and we were going to find dinner.

Victoria thought we should go through a park east of the hotel which turned out to be a very lovely park, but it was quite far away by walking. It was already dinner time, so we looked for restaurants near the park and ended up at a burger place called Byron. The wait staff must have had a change-over because nobody was minding the “please wait to be seated” sign and we waited quite a while before anyone really came to speak with us. (Even after peering into the restaurant to make eye contact with a server.)

It turned out to be a good choice, however. The burgers they had were fantastic. The hot sauce was… not hot. The cider was excellent. We had a Hawkes mixed berry cider and it was very tasty.

Now faced with the task of making our way back to the hotel on weary feet, we headed on a circuitous route west to Brook Green, where we found two people practising light saber skills in the park in the middle.

What a delightful thing to find on our way home!

Here I sit relaxing and wondering what tomorrow will bring. I think it may be something nerdy.