A maturing Internet faces the possibility of ‘toll booths’

This is actually about a month old, but Internet bigwigs are trying to save themselves from having to upgrade their networks (or are trying to pay for such upgrades) by eliminating network neutrality on the U.S. internet.

Essentially, they want to charge companies a premium for guaranteed traffic throughput while the rest of us use their overcrowded free access networks. This possibility has many Internet free speech groups in an uproar about the implications of handing control of which content gets delivered to clients and how fast, if at all.

Telus blocked access to a telecommunications workers union website while their workers were in negotiatons in B.C. The B.C. Civil Liberties Association kindly asked Telus to refrain from such practices, but it is a bit frightening to think that such underhanded stunts could soon become accepted and encouraged for many sites travelling through the U.S. networks which connect much of the world.

Another example is that Shaw apparently charges it’s users and extra 10 dollars per month to ensure their Vonage VOIP connection gets through without a hitch, while they host their own VOIP service with no such charge.

Now if I remember correctly, Bell was forced to offer it’s networks at a fair price to other telecommunications companies about 5 years ago in order to eliminate it’s monopoly over the telecommunications business in Canada. Because of this, we now have the opportunity to choose smaller internet providers who simply use Bell’s DSL lines and offer consumers their own brand of service. It makes me wonder if similar litigation might be awaiting Shaw and any other company who might want to try and oust another by charging customers extra to use someone else’s services.

I certainly hope so.

Warning! Your programmer may have a sense of humor! 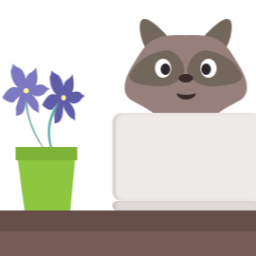